Whether you are excited, outraged or just plain confused about this development, marijuana is now legal for recreational use in the state of California. Which leaves many of us wondering, what does this mean for our kids? How are we going to help them navigate yet another obstacle, another temptation?

Well, the fact is, marijuana has been around a long time, and many teens use it regularly. The National Institute on Drug Abuse for Teens (NIDA) states that 45% of 12th graders have tried marijuana in their lifetime, and almost 25% of them have used it within the past month. That means there is about a 50% chance that your child will try marijuana at some point while living under your roof.

While experimentation during adolescence is normal, what does concern me is how many adolescents view this legalization as an indication that marijuana isn’t that bad; how could it be, if adults can now use it freely?

I have to get on my pedestal for a minute and remind everyone that marijuana is not benign. At least not for the teenage brain, which isn’t fully formed until age 25. Marijuana acts on specific centers within the brain, including the cerebellum, cortex, amygdala, and hippocampus, all very crucial structures that are extremely vulnerable during adolescence when teens’ brains are still developing.

So how can marijuana affect your teen? Here are a few examples:

-It makes it harder to focus and retain information. A recent study found that teens who smoked marijuana regularly had an estimated 8 point drop in their IQ in adulthood.

-It affects judgment, including decision-making and risk-taking, which are already hard enough for teens, whose frontal lobes aren’t fully formed yet.

-It can affect their lungs, causing both a chronic cough and also making one more susceptible to infection

-It is associated with depression, anxiety and suicidal ideation.

-It diminishes school performance, often resulting in lower grades and poor attendance, in part related to the effect of lowered motivation and apathy associated with marijuana use.

-It impairs your driving: high school seniors who smoke marijuana are twice as likely to get a ticket, and 65% more likely to get into a car accident.

-If you smoke marijuana regularly as a teenager, you have a 1 in 6 chance of becoming addicted to it as an adult; that risk increases to 25-50% if you smoke daily. Teens most at risk for becoming addicted to marijuana are those with a family history of substance abuse, as well as teens who are depressed or anxious, who have low self-esteem, or who feel like they don’t fit in at school or in the overall mainstream culture.

Before I come down from my pedestal, I do want to make one more point: marijuana does have a withdrawal syndrome. Studies have demonstrated time and again if someone is using cannabis regularly, once they stop they are likely to report irritability, sleeplessness, lack of appetite, weight loss, anxiety and drug cravings.

Ok, now that I’ve scared everyone (which was the point!), many of you are asking, what can I do?

The best thing parents can do is stay involved and educate your child on the risks of regular marijuana use. This doesn’t mean you need to monitor your teen’s every move but have a general idea of what your kid is up to. The teens that generally fall into the most trouble are the ones whose parents are absent: gone on the weekends, leaving their children home alone during the week for long periods of time, or are genuinely disinterested in their extracurricular activities.

So pay attention. Take an interest in them. Talk to them about marijuana, alcohol and other drugs. Get to know their friends. Set a consistent curfew.

And keep an eye out for the following red flags that may be signs that your child has started using marijuana regularly:

If you are noticing these things, take them in to see their primary care doctor. There are many different options for treatment of cannabis use, including outpatient counseling, intensive outpatient programs, detox programs, and residential rehab. Finding a provider you and your teen trust to help you navigate this system is very beneficial to treating the problem quickly and aggressively.

Here are some resources both for you and your teen to help learn more about this topic: 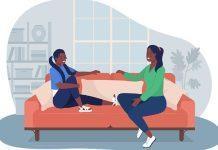 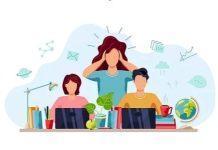 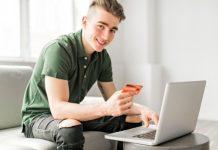 Financial Skills You Should Teach Your Teenager