Not surprisingly when it comes to the F-word, the whole messy scene happened in the car.
I was driving my then three- and four-year-olds to preschool last fall, and, after numerous, increasingly loud declarations from the back seat that they “wanted DADDY to drive us!!” I lost it. It was my son, the older of the two, who first noticed that I was crying – and not just a few elegant-looking tears; I resembled that emoji with the double waterfall running down its face. Soon my daughter stopped her Daddy chanting and joined her brother in his curiosity. What’s wrong with Mom?
I am not one to deliberately conceal sadness from my kids, but it was still a rare occurrence for them to see me cry. My initial impulse was to brush it off, mumble something about being tired (which wasn’t a lie – I was also juggling a newborn at the time) and give myself a stern, silent command to “pull it together.”
But I decided to give my kids more credit than that. They were old enough to hear me use the F-word. Maybe it was even overdue.
“What you were saying hurt my feelings,” I said. “I was looking forward to taking you to school and when you kept saying you wanted Daddy, it made me feel like you didn’t want to spend time with me.”
“It hasn’t always been easy for Mommy to figure out how to take care of three kids,” I continued. “And today I was just feeling really sad.”
I wondered how this explanation would land. I felt strangely vulnerable around these two humans who, after all, had grown inside my body. But as they so often do, they surprised and impressed me. Of course they wanted to spend time with me, they explained, but they wished both their dad and I could bring them to school.
Oh. Got it.
My next impulse was to make light of the whole thing – isn’t Mommy silly for getting so upset? But again, I resisted. Why minimize my feelings? Would I want my kids to do the same if the roles were reversed? My hope for them is to grow into adults who can connect with and express their emotions freely. So when I’m upset and they want to know why, shouldn’t I do my best to explain it to them?
So I thanked them for their explanation and told them I was feeling much better.
I do think there are times to keep your emotions in check around your kids. Frustrated with your partner? Save it for your best friend. Terrified of the plane that’s about to take you all on that family trip? Save it for your therapist.
But I want my kids to know that sometimes I’m not “fine/good/great” so that they don’t have to be scared or ashamed when they aren’t “fine/good/great” either. There is no right or wrong way to feel; there’s just how you feel. And, I remind them, I’ll always be there to listen. 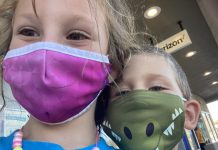 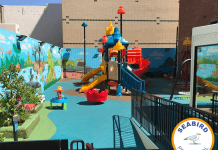 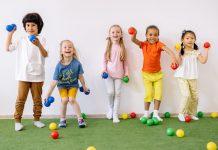