Well, girls, we had a good run. You were a force to be reckoned with in college and my twenties and are partly responsible for scoring me free drinks and landing my husband. But we’ve had two babies, now, and you look as tired as I feel.

Remember when the saleswoman in the lingerie department advised me that as long as I wore a properly sized bra during pregnancy you wouldn’t sag? That was a good one. I’ve spent hundreds of dollars on undergarments in an effort to cradle you more gently than I did my own newborns, but you still lost a little life after my first pregnancy and, then, a lot of life after the second one. It’s okay, though. I’m not trading you in for a newer model. I understand why some women want that, but not me. I actually like you better this way, although you did take some getting used to.

I never suspected you’d be capable of reinventing yourself like you did. Painfully expanding four cups above my pre-pregnancy size was an act of real showmanship and helps explain why nursing didn’t go very well. You were twice the size of my poor babies’ heads, and I thought I was going to suffocate them. At least I understand why you’re euphemistically known as jugs. Lugging you around all day had the same effect on my shoulders and back as completing a ten mile hike with buckets of water strapped around my neck.

But then you really pulled a fast one on me. I thought I’d lose the baby weight in the same places I gained it, but nope. You shrank up before any other part of my body, deflating four cups below my pre-pregnancy size, and allowing my hips, thighs and tummy to keep a cushy extra layer of insulation. Thanks for reminding me that the scale may say I lost the baby weight, but my body is forever changed for having them.

After you started disappearing, though, I realized how large a role you really played in my identity (no pun intended), and I missed you. You served in a truly functional role for a short period of time, but your daily presence and your value to my personal sense of self can’t be denied.

Plus, we had a few tough run-ins through the years. Remember when I was in my first job out of college, and I had to conduct harassment and discrimination awareness training? I wore a tasteful turtleneck and slacks, but at the end of the session, when I asked for feedback from the attendees, some guy yelled out, “It would have been better if you did it with your top off!”  Ugh, nothing like having your credibility undermined at the same time you realize your training was ineffective. I don’t blame you or me for that, by the way. I blame him, and he’d probably say the same thing no mater your size. But there’s no denying that you were an easy target.

Yes, seeing you smaller, looser and lower was a little depressing at first, but I want to assure you again that I really like you this way. I can wear button down shirts that actually button, and I can buy bras in normal stores.  And you’re no longer a feature that anyone would use to describe me, which is, frankly, just a whole lot easier, since I never chose to leverage your cleavage for my income.

I’ve experienced two different body shapes now. There are benefits to each, and it’s quite the perk, no longer having to wonder if the grass is greener “in the other size.” I think women who long for a bigger chest don’t realize all the great things about having a smaller one. So, no matter your size, I’ll continue to cradle you in the best brassiere I can acquire, and I’ll find the silver lining in your transformation. After all, by growing two humans inside my body, I avoided having a pricey breast reduction surgery. What a bargain! 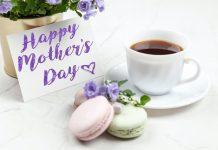 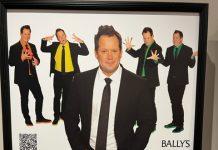