My son Fritz doesn’t worry about much. He’s an easygoing four-year-old boy. Except when he gets mad or sad and then he cries, or hits someone, before quickly reverting back to his jolly self. He doesn’t think too much about the past. Doesn’t worry much about the future. Sometimes I watch him, jumping off the couch or flying a toy airplane and I actually feel jealous. I worry about him getting hurt because he jumped too high. Or crossed the street without looking. With Fritz, I worry about external dangers. I don’t worry about his brain getting in his way.

Completely Different from her Little Brother

I save most of my worrying for my six-year-old daughter Hazel. Hazel is creative, highly intelligent, funny, loving and social. She is completely different from her little brother. Last year, Hazel called out to me after laying in her bed for hours unable to sleep. She couldn’t stop worrying about a time she accidentally referred to her friend’s mother as her “grandmother.” The friend’s mother corrected her, and Hazel was embarrassed. Hazel was only five years old, and this is what was keeping her up at night. Not monsters or bad guys. Embarrassment. Regret. Unintentionally hurting someone’s feelings. Later that year, Hazel stopped eating lunch in the cafeteria because she was worried a child would have an allergic reaction to something in her lunchbox. I had to put her on the hot lunch program to get her to eat. Hazel never wants to go anywhere new, like a swim lesson or camp, unless it is everyone’s first day not just hers. It isn’t that she’s scared about the new place or the new activity. She’s scared of not knowing what to do when other kids do know what to do. Being the only person who makes a mistake, gets something wrong, accidentally breaks a rule she didn’t know existed.

Hazel is generally happy. This year, she is in a learning pod with three other Kindergarten girls who she feels totally comfortable with. But she dreaded going to one of her podmates’ Zoom birthday party because there would be kids there who she didn’t know. Hazel is constantly worried about doing something wrong. And when she does make a mistake, even an inconsequential one, she dwells on it. Plays the mistake over and over again in her head.

It baffles my husband to see how worried Hazel gets over little social intricacies. For me, it is achingly familiar. I remember feeling exactly the same way. When I was Hazel’s age, I walked two blocks to my friend’s house, stood at her front door for a minute, then turned around and walked right back home. I didn’t know what to do when I got to her house. Should I knock? Ring the bell? I didn’t want to do the wrong thing so instead of taking a chance, I went right back home. My parents, my friend and my friend’s parents had thought this was ridiculous. Why not just knock? When I think back on this memory, I can see how it was ridiculous, but I also understand exactly what I was feeling.

My preschool class used to go to an adjacent building every week for swim lessons. The children were supposed to get their backpacks from the lockers in the hallway and carry them to the pool. One day, I forgot to grab my backpack before my class started walking to the pool. When I realized I didn’t have it, my locker was still in sight. I could have told my teacher. I could have gotten out of line to grab it. But instead, I kept walking. I went all the way to the locker room and tried to hide while my class went swimming. My teacher found me. I explained that I had forgotten my backpack. She asked, “why didn’t you just tell us?”

People are Shocked when I Say I was a Shy Kid

These days people are shocked when I say I was a shy kid. I’m anything but shy nowadays. I love talking to strangers. I enjoy doing presentations at work and facilitating large meetings. And yet still, there is a bit of the shy kid in me. I get nervous sometimes about making phone calls. I worry about not knowing the rules, making a mistake, getting laughed at.

When Hazel asks, “will there be kids there I don’t know?” I understand exactly why she is asking that. This is who Hazel is. She isn’t like my son who walks through life without a care in the world. When she is comfortable, Hazel is loud, outgoing and social. She is the life of the party. But what people don’t understand is that you can be shy and outgoing. You can be brave and adventurous but also afraid of making mistakes. There will probably always be a part of her that worries about doing the wrong thing, of making a mistake and being embarrassed. But she’s lucky in one way. She has me. Hazel has heard the story of me walking to my friend’s house dozens of times. She loves listening to the story of her brave outgoing mom being just like her, shy and worried.

We Don’t Have the Ability to Take Their Worries Away

This is the biggest gift we can give to our children. We don’t have to have all the tools in the tool belt. We don’t have the ability to take all their worries away from them. We can’t do that and we shouldn’t pretend to. We can correct their misconceptions. No, there isn’t a monster under the bed. See, bad guys can’t come in, we lock our doors. But when we make our children think their worries are silly or invalid, we do them no favors at all. We can show our kids, through our own stories, “I felt that way too. I felt small, shy, and worried and afraid. I felt scared, but I did it anyway. I made a mistake, but it was okay in the end.” We can show them that they are seen and heard. That we understand. That we won’t laugh. That we will listen. 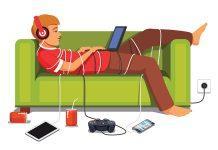 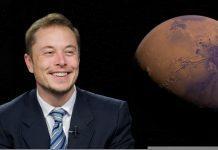 Is Elon Musk a… Superhero?!