Let’s talk about menopause: a normal phase in a woman’s life, yet one that is shrouded in mystery for many of us.

I found out how little I knew about menopause when I suddenly and somewhat prematurely, at age 47 (the average age women in the U.S. reach menopause is 51 years old), discovered I was in it. It had been a year since I’d had my Mirena IUD removed, and my period—which had stopped completely for the five years I used this form of birth control, as it does for many women—had still not resumed.

While that is all my gynecologist needed to know to diagnosis me with menopause (technically, you’re considered to be in menopause if you haven’t had a period for twelve months), my follicle-stimulating hormone levels, which were significantly elevated, provided further confirmation.

Next came a depressing conversation with my doctor about the ways in which I could expect my body, health and other aspects of my life to change as a result of the cessation of my menses. I’m not going to sugarcoat it: apart from the cost savings on pads, tampons and birth control, none of them are good.

While I encourage you to talk to your own gynecologist for more information, I’d like to share the menopause-related symptoms and issues that I, personally, have experienced so far, to shed a little light on this much too infrequently discussed topic.

My body was no longer able to do the thing that it was designed to do, and, initially, this made me feel somehow less of a woman. With the egg production factory permanently shut down, I felt less sexy, less desirable and worst of all OLD. It suddenly hit me that I was MIDDLE-AGED; a term I had never before associated with myself, even though, technically, I had been middle-aged for a number of years already.

It took a few months to work through these feelings, but I’ve now come to accept my new biological status, and know that I am still every bit a woman, despite the fact that I can’t get pregnant. Sexy is as sexy does, right? Age, schmage, right? Fifty is the new thirty, right? These are the things I keep telling myself.

Before menopause kicked in, I was one of those lucky people who could pretty much eat whatever they wanted without gaining weight. And if I did put on a pound or two after a particularly gluttonous vacation or holiday binge, all it took was a few extra visits to the gym to get back in shape.

Now, however, it’s a different story. For one thing, my new “normal” weight is about seven pounds heavier than it used to be. Not a huge increase, but enough extra weight on my 5’5” frame to prevent me from fitting into some of my favorite cocktail dresses. My black leather pants are now out of the question and jeans that were previously baggy are now snug. I’m even contemplating a larger panty size for the first time since puberty. You get the picture.

Even more annoying, maintaining this new normal actually takes some effort! While I continue to work out at the gym, run, and practice yoga, exercise is not enough to keep the number on the scale from creeping even higher. I now have to think more about portion size and whether a given dessert is truly worth it. Metabolism, in brief, is no longer my friend.

Looking back on my emotional state during the months (possibly years?) before I was officially deemed to be in menopause, I realize that I was experiencing the hormonal chaos of what is known as “perimenopause.” Irritable and moody, I exploded irrationally at my husband over even the most innocuous of comments and snapped at my kids about things I previously would have laughed off.

Fortunately, that roller-coaster of emotions has slowed down in recent months, and I feel like I’m for the most part back to being my generally good natured and even-keeled self. (Although, my teenage daughter, who’s got her own hormonal issues, can get me pretty riled up these days!)

If you know nothing else about menopause, you are probably aware that for many women it includes hot flashes. But you may not really know what a hot flash entails.

Let me enlighten you . . . Picture yourself in a restaurant, having a nice dinner with your family or friends, when, suddenly, your skin literally feels like it is burning under your cotton t-shirt and lightweight cashmere sweater. This hot sensation races up your neck and face and you are soon glistening with perspiration, ripping off your sweater and desperately searching your purse for a hair band. “Why is the heat cranked up so high in here?” you wonder, but then notice that everyone else at the table seems perfectly comfortable in their wool turtlenecks. And then, as quickly as it came on, the fire burns out, leaving you cold but sweaty in your t-shirt.  This, my friends, is a hot flash.

Like mood swings, hot flashes are something I experienced more during perimenopause and the beginning of menopause. I still don’t dare wear turtle necks and generally run warmer than I used to, but I’m happy to say that the hot flashes are much fewer and farther between.

But, of course, there’s more to sex than just making babies, and it’s definitely a bummer that my husband and I are so out of sync when it comes to getting it on. Bless his heart for trying so hard to figure out what it takes for me to get in the mood (it still does happen sometimes!) Believe me; if I knew, I’d tell him!

One last thing I’ve noticed since menopause is that I no longer sleep as soundly as I used to. While I used to sleep straight through until morning, now I wake up at least once almost every night. Sometimes it’s because I’m too hot (hot flashes can happen while you’re sleeping, too!) and other times simply to torment myself with irrational worries.

So there you have it: one woman’s personal story about menopause. I warned you there was nothing good about it. But it’s not the end of the world as you know it, either. Maybe just don’t stock up on heavy wool sweaters and leather pants if you think you may be close!

San Francisco Moms Blog occasionally publishes posts by local writers who wish to keep their names private. If you’re considering a guest post submission and prefer to publish anonymously, please note that on the submission form. 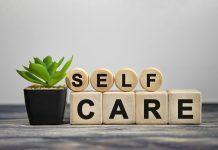 Rest and Self Care Lab: Part 1 – Finding Your Joy 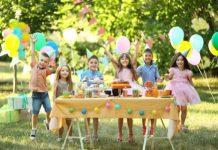