That’s how I feel after leaving the meeting with all of my coworkers.

And even while my mind is racing, running over everything that was said, trying to figure out why I feel so upset, what bothers me most is that I know I did nothing wrong. I shouldn’t be put on the defensive just for voicing my opinion, even if the men in the room didn’t agree with it. My character shouldn’t be judged in front of all of my colleagues because my perspective differs from theirs.

Speaking louder doesn’t make your opinion more valid than mine. In fact, using aggressive volume and body language to intimidate me only proves you cannot tolerate being challenged or asked to think outside your box, or even merely to consider that another approach might be better.

Your reaction to my respectfully challenging the status quo makes me angry. And for some unexplainable reason, embarrassed. Doubtful. Hurt. Questioning. Guilty.

The confident side of me says it’s inappropriate and unprofessional to speak to me this way, especially in front of my peers.

I value your opinion, whether I agree with it or not, and I expect the same courtesy in return. I wasn’t suggesting anything outrageous, and your reaction was disrespectful and over the top.

I think you intentionally spoke with an angry, authoritative tone to try to shut me down, to convey the message that my opinion was less valuable than yours. And I have to wonder if, deep down, you feel that way merely because I am a woman.

The darker, weaker, rawer side of me immediately assumes I did something wrong.

I’m not smart enough or good enough, the familiar verbiage running through my head. That part just wants to apologize, to acquiesce, to make the conflict go away, even if I don’t really agree – just to move on and get rid of this uncomfortable feeling.

But this time, I don’t do it. For whatever reason, I stand my ground. I state my piece, and I don’t back down, even as your voice grows louder and louder. Even as I feel attacked for having the audacity to suggest a new way of doing things. Even as my insides quiver, as I blink back tears, and I fight every urge to sit back down, I stand strong.

I stand strong for all the other women out there who cannot, who feel powerless in their place of work merely because of their gender.

It is unacceptable that women are expected to sit down when talked to authoritatively, to back down when challenged or questioned, to give in to appease others.

I was respectful. I was polite. I used professional language and a calm, cooperative tone. So why did you feel the need to escalate the situation? Because men like to feel powerful. They believe that when they show their strength women should back down. Because they are used to getting their way.

Well, I’m here to say I’m strong, too. I may have a different way of showing it, but I’m not going to back down just because you have a louder bark and a meaner bite.

I am smart, I am competent, and I have good ideas. I deserve to be here just as much as anyone else.

Now kindly shut up and listen.

We occasionally publish posts by local writers who wish to keep their names private. If you’re considering a guest post submission and prefer to publish anonymously, please note that on the submission form. 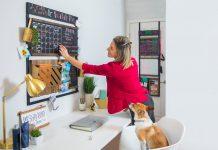 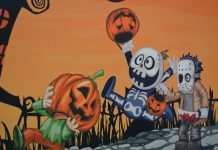